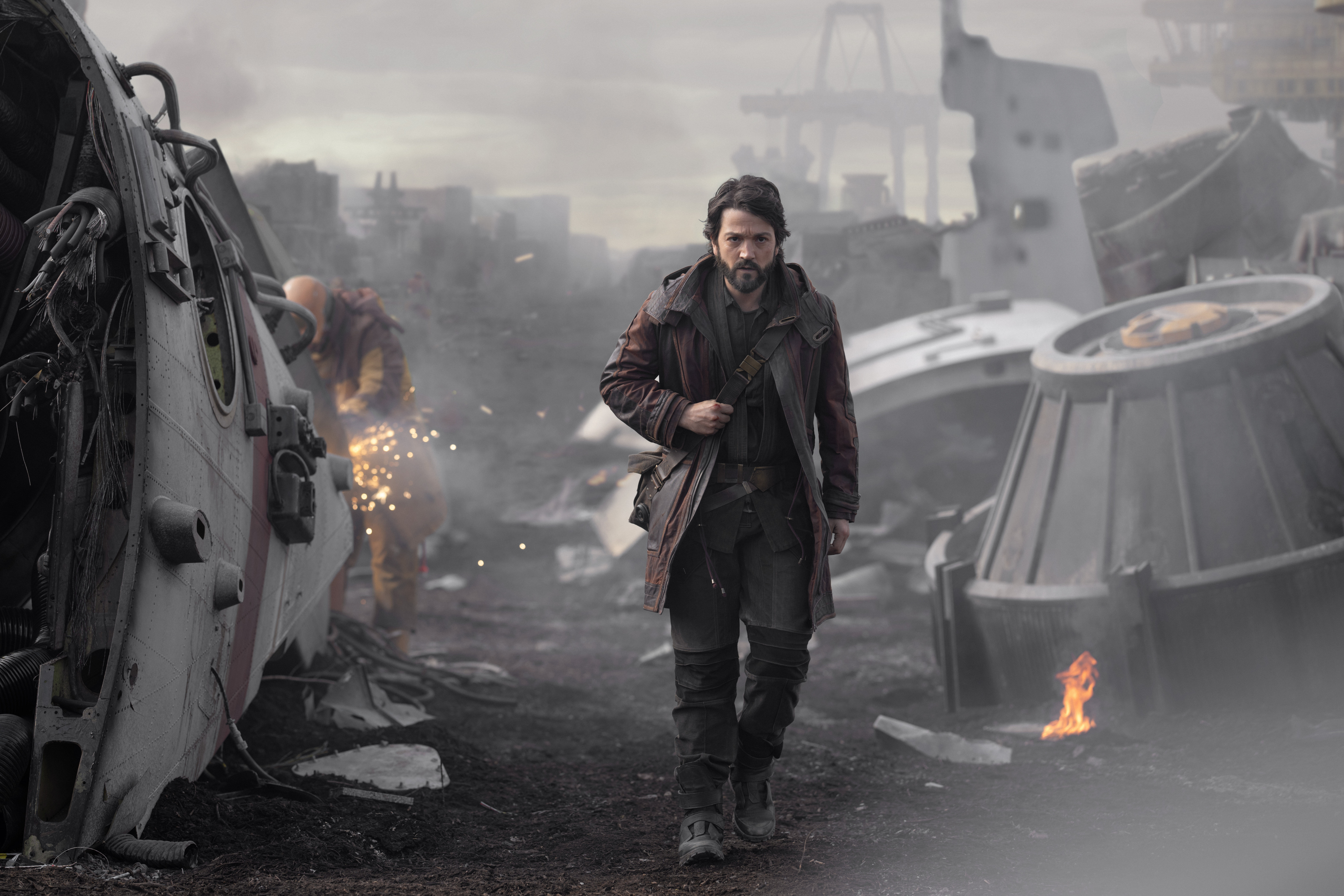 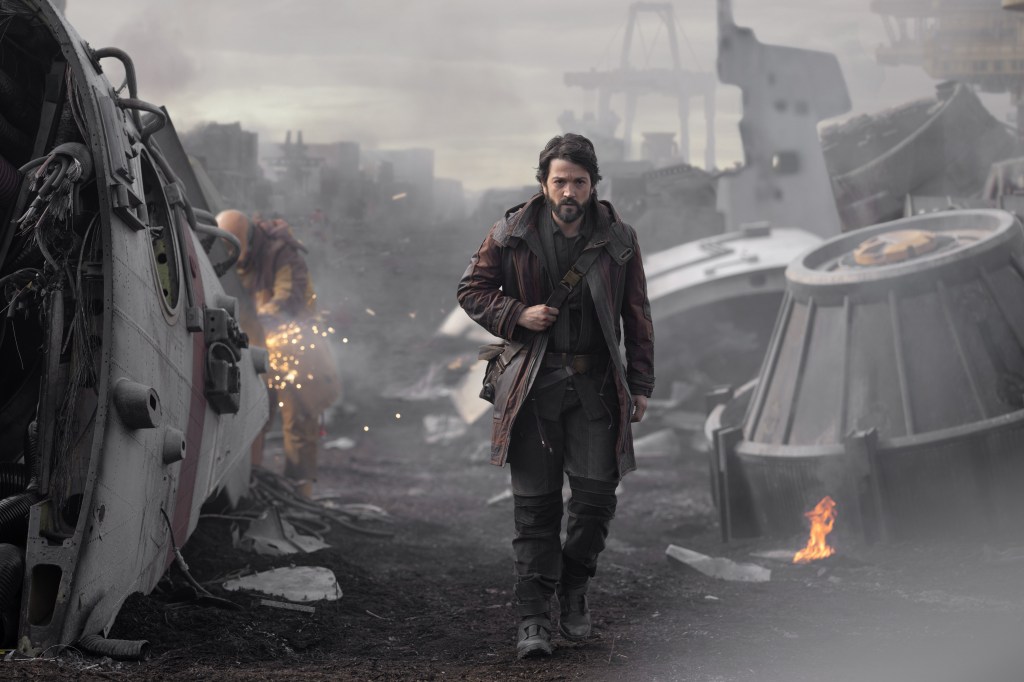 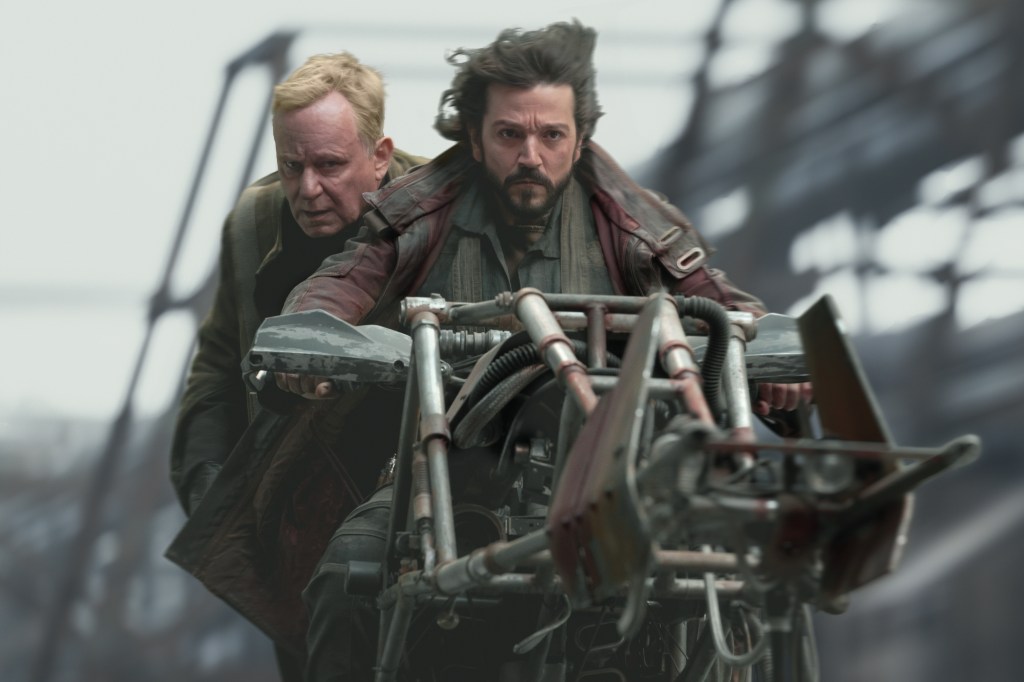 The new show, streaming on Disney Plus, has already received rave reviews from viewers as the 12-episode series kicks off.

Andor follows the story of Cassian Andor, played by Diego Luna, with the first three episodes now available for you to binge.

The sci-fi drama reveals Andor’s origin story and follows how he came to be involved in the fledgling Rebel Alliance.

But when is Andor set in the world of Star Wars and what does it mean for the series? Here’s what we know:

When is Andor set in the Star Wars timeline?

Andor is a prequel to Star Wars film Rogue One, meaning the events of the series take place ahead of the hit film.

The new show is set in the year 5 BBY, which means ‘Before Battle of Yavin’, the mission to blow up the Death Star that is seen in A New Hope.

A New Hope is set in 0 BBY as is Rogue One, which happens just before the beginning of A New Hope.

Events that take place after the event are set in ABY, meaning ‘After Battle of Yavin.’

This is how the entire franchise fits in:

Timeline of the Star Wars films and TV series

It has been announced that Saw Gerrera, played by Forest Whitaker, will make an appearance in the series, though it is unclear if any other Rogue One characters will star in the show.

However, there are other characters from the franchise we could run into.

As the show is set during the height of the Empire, it could open the door to Darth Vader and Emperor Palpatine returning to our screens.

And with the formation of the Rebel Alliance playing a key role in the series, Andor could also see Bail Organa working with Mon Mothma on Coruscant, as well as a young Leia Organa, Ezra Bridger, and Ahsoka Tano.

Andor is available to stream on Disney Plus.

MORE : Andor viewers have spoken and the verdict is in: ‘This is the best Star Wars series yet’

MORE : What happened in Star Wars film Rogue One? Full recap as Andor drops on Disney Plus

Helen Skelton hits back at Strictly Come Dancing comments telling her to ‘own it’ when she dances: ‘It’s not what I do!’

Rylan Clark ‘would love to go back to Big Brother’ but is yet to be asked: ‘Hopefully I’ll be working on it’