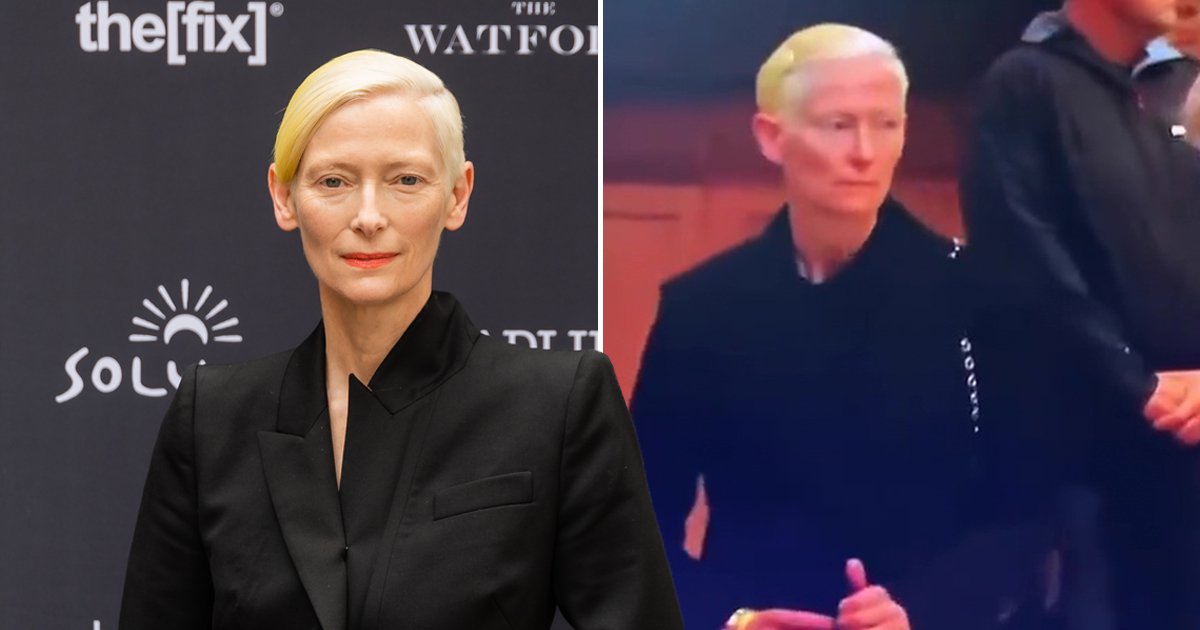 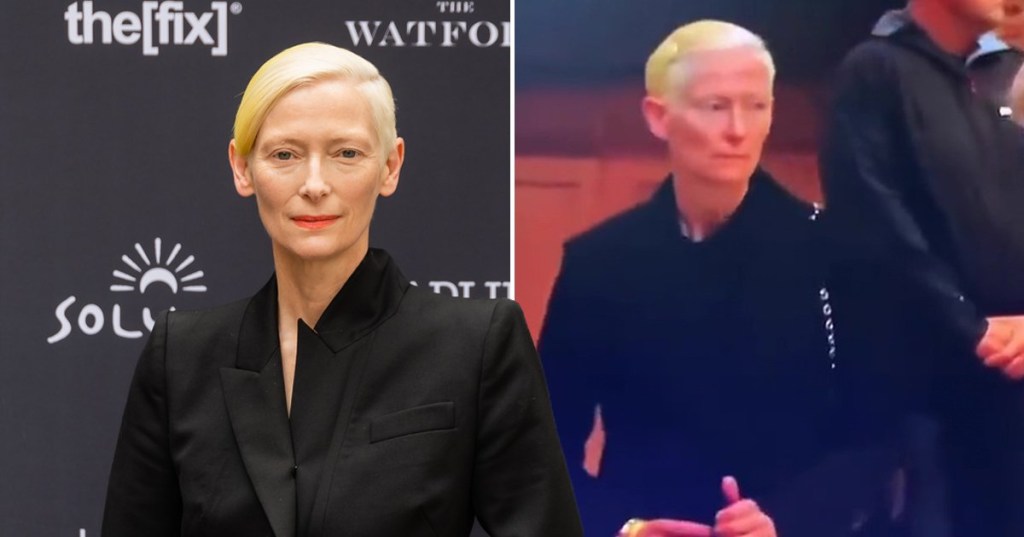 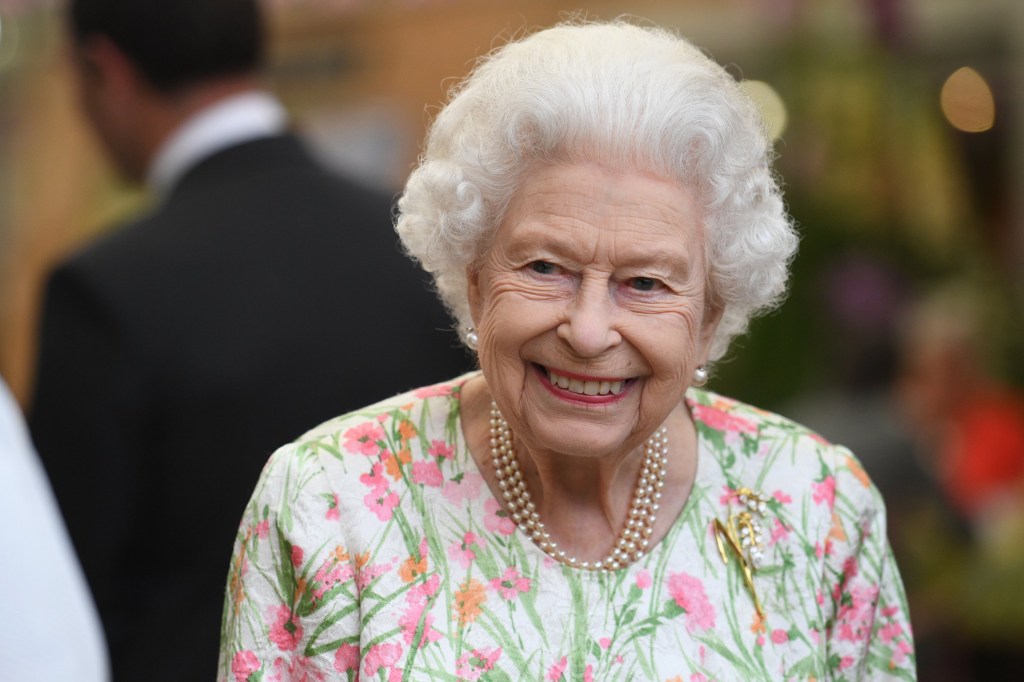 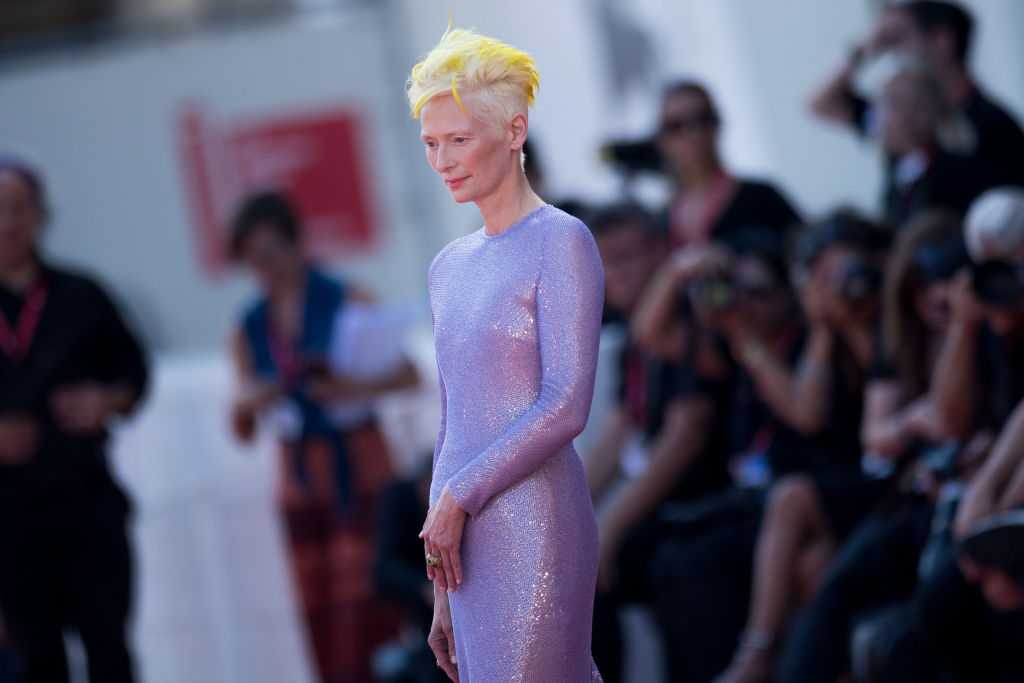 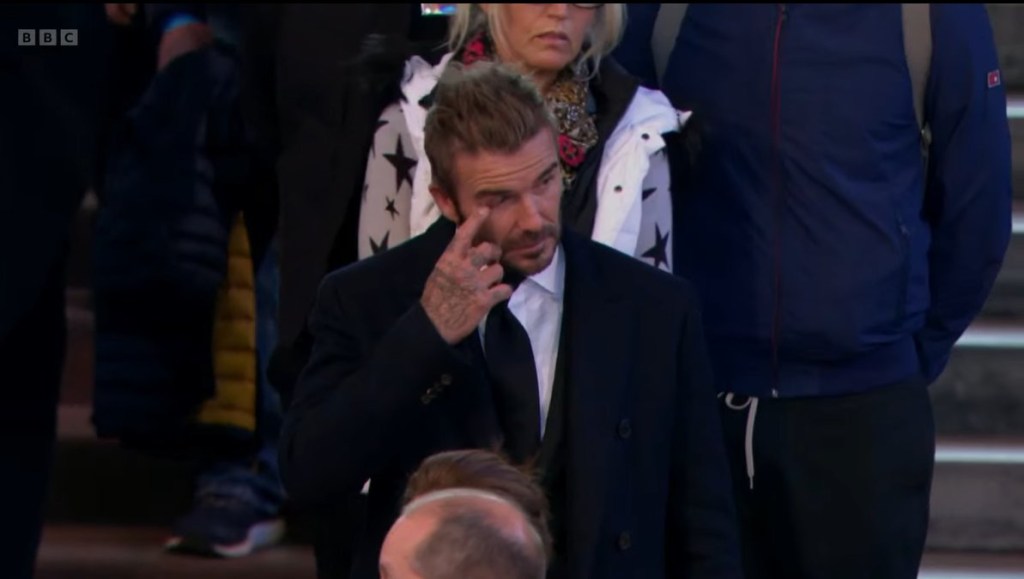 With the line to visit the Queen’s coffin at Westminster Hall continuing to stretch for miles, members of the public have been queuing for hours to pay their respects to the late monarch.

Several celebrities have been seen among the mourners, including David Beckham, Susanna Reid, Holly Willoughby and Phillip Schofield, with one of the latest stars spotted being The French Dispatch star Tilda Swinton.

In the early hours of Saturday morning, footage from the BBC’s livestream circulated on social media of the actor dressed in black at the historic Parliamentary hall after waiting in line to pay tribute to Queen Elizabeth II, who died aged 96 on Thursday September 8.

Her platinum blonde hair was slicked back as she bowed her head, with her hands clasped in front of her.

One person who shared the video of Swinton – which had been posted online set to the tune of R.E.M.’s Everybody Hurts – wrote on Twitter: ‘Despite the fact that she is a goddess and comes from a Scottish aristocratic family, #TildaSwinton queued!’

Swinton’s father was Sir John Swinton, the Laird of Kimmerghame House and former major-general in the British Army.

She was also a friend and classmate of the late Diana, Princess of Wales, having attended West Heath Girls’ School with her.

Several people on Twitter praised Tilda are seeing her in the queue, with one writing: ‘I love #TildaSwinton. Some celebrities know respect and give it with grace.’

‘She’s a fave actress, Oscar winner too, and here she is paying her respects. Very cool,’ another said.

A few days ago, Swinton, 61, was seen at the Toronto International Film Festival to promote The Eternal Daughter, a mystery drama movie in which she stars alongside Joseph Mydell, Carly-Sophia Davies, and Alfie Sankey-Green.

Earlier this month, she attended the film’s world premiere at the Venice Film Festival, wearing a dazzling lilac sequinned gown.

Yesterday, Beckham received praise from members of the public for queuing to pay his respects to the Queen for 13 hours, having reportedly been offered the chance to skip the line.

The former England captain looked emotional as he reached Queen Elizabeth II’s coffin, wiping his eye before bowing his head and making his exit from Westminster Hall.

London Underground: What to do if you have left over money on Oyster card and you’re moving from the city

The Masked Dancer: Who is Pillar and Post? All the clues and theories