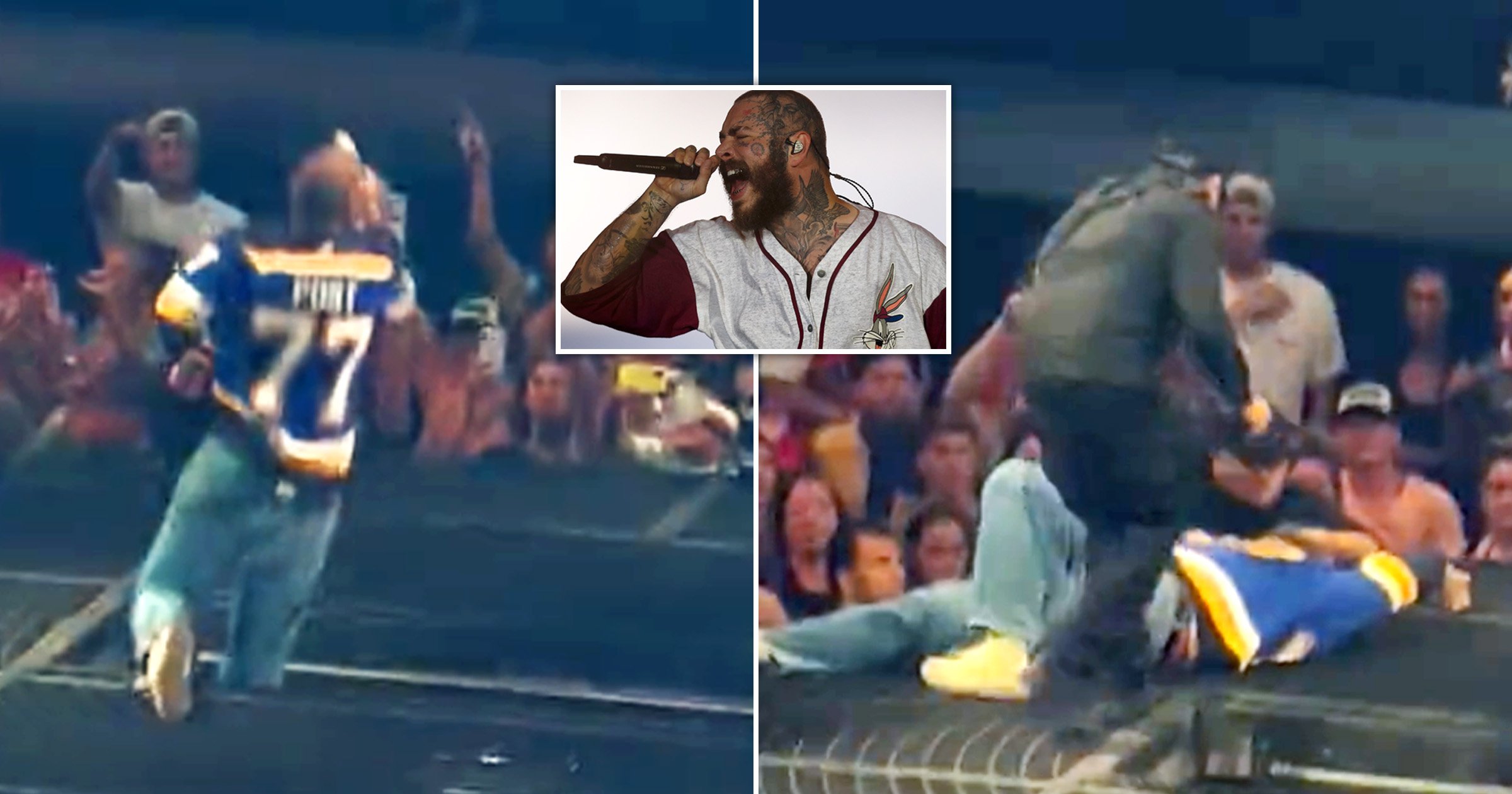 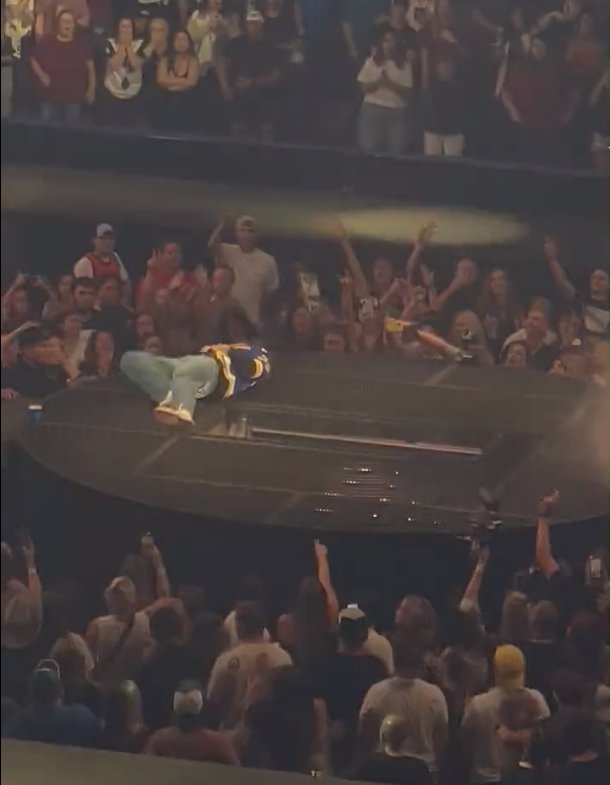 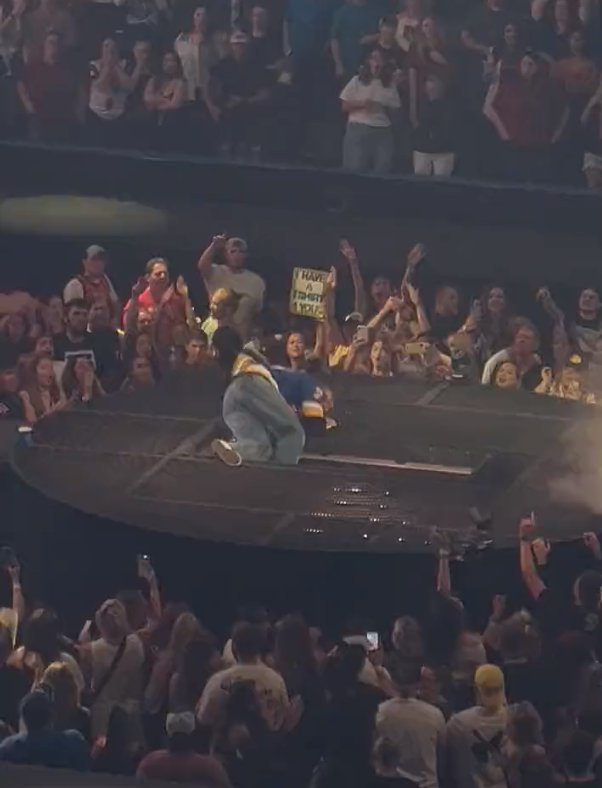 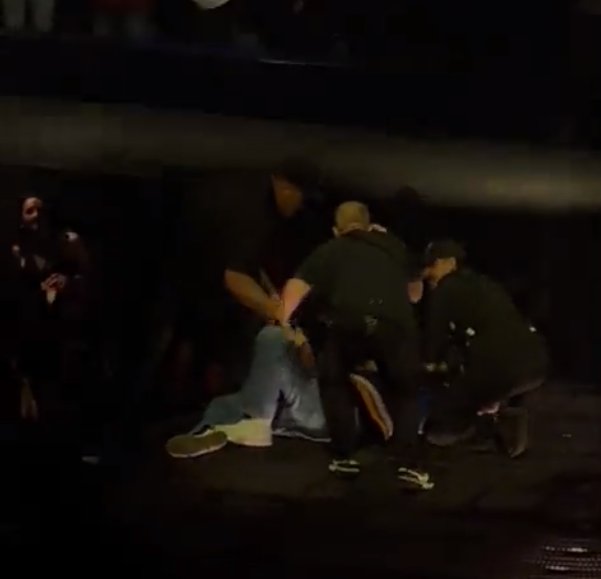 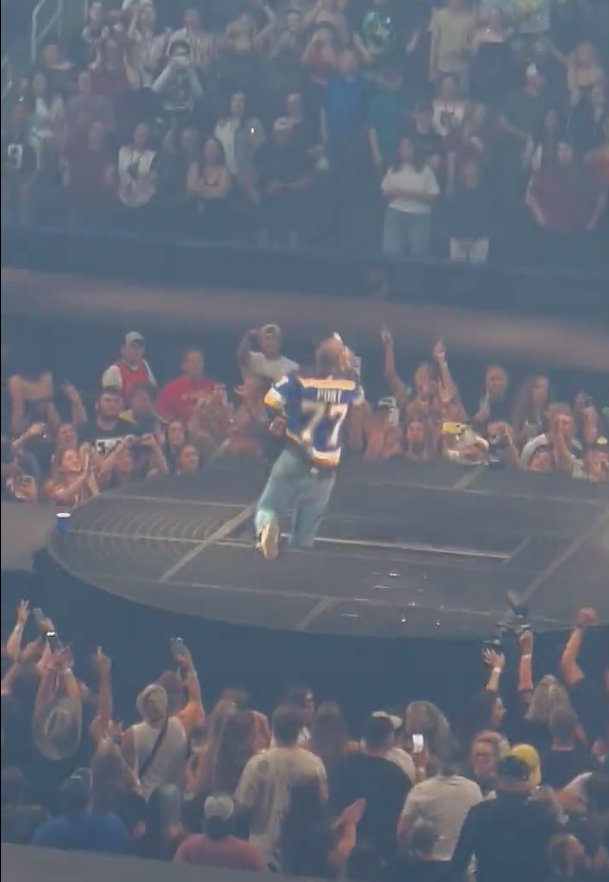 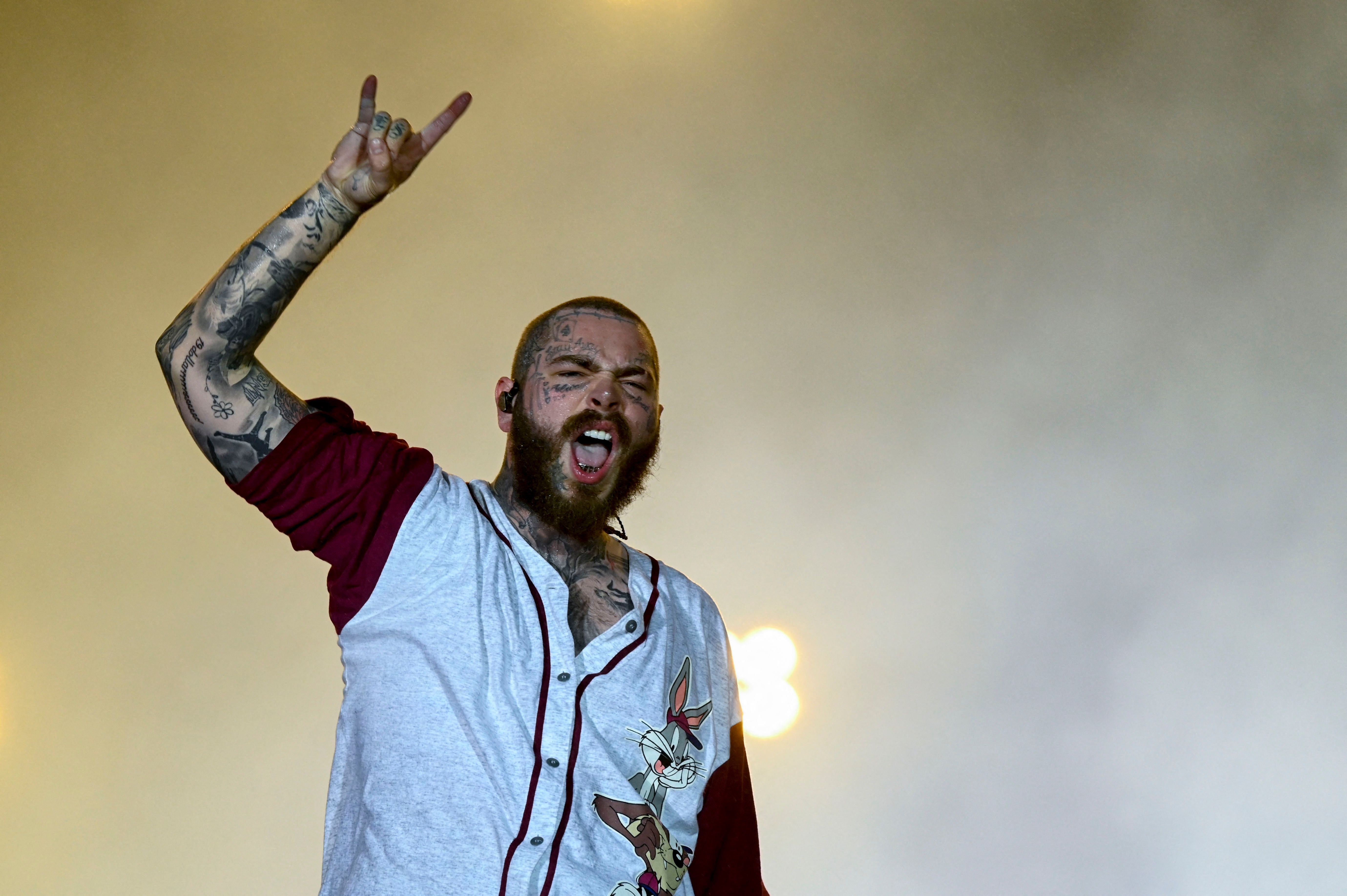 Post Malone was escorted off stage by medics after falling through the stage and appearing to injure himself at his St Louis show.

The musician was performing his hit Circles at the at the Enterprise Center on Saturday night when he walked down a ramp on stage and appeared to fall down a hole on stage.

The star could be seen being attended to by medics and left the stage – but 15 minutes later, reappeared and apologised to fans.

‘I want to thank you for your patience and I’m sorry – there was a big a** hole in the middle of the stage.’

He went on to thank the fans for ‘hanging in there’ and then finished his show.

Post Malone has not issued a further statement on his condition. His next show is scheduled for Sunday night in Columbus, Ohio.

Fans shared tons of supportive messages for the star, with one writing: ‘Post Malone deserves the world & he’s one of the best performers i’ve ever seen. what happened tonight was not his fault & i hope he knows that. the way he was beating himself up for it broke my heart. take care of yourself Posty; we all love you.’

Another told him: ‘Lemme speak for the entirety of St. Louis that you are the hardest f**king person in the room today. Godspeed and get well soon.’

It’s been a busy year for the star, after he released his album Twelve Carat Toothache and revealed that he’s become a father.

He dropped the news of his baby’s birth in during an interview on Sirius XM’s Howard Stern Show, when he was asked what time he had woken up to get to the studio the day before.

Post, whose real name is Austin Richard Post, revealed: ‘I woke up at 2.30 in the afternoon (then) I went and kissed my baby girl.’ When asked whether he meant his girlfriend, he confirmed: ‘Nah, that’s my daughter.’

The Rockstar singer added that he wanted to keep the news low-key, explaining: ‘Yeah, I want to let her make her own decisions.’

He acknowledged that amid the excitement, he was concerned about the current state of the world his child had been born into, admitting it is ‘a crazy place to raise a kid.’

Who are The Try Guys as Ned Fulmer is dropped from YouTube group?

Andrew Lloyd Webber recalls disagreement with Queen Elizabeth II: ‘I was quite amused’

Dame Olivia Newton-John’s daughter speaks out for first time since her death and vows to continue mother’s cancer fundraising: ‘The torch has been passed’