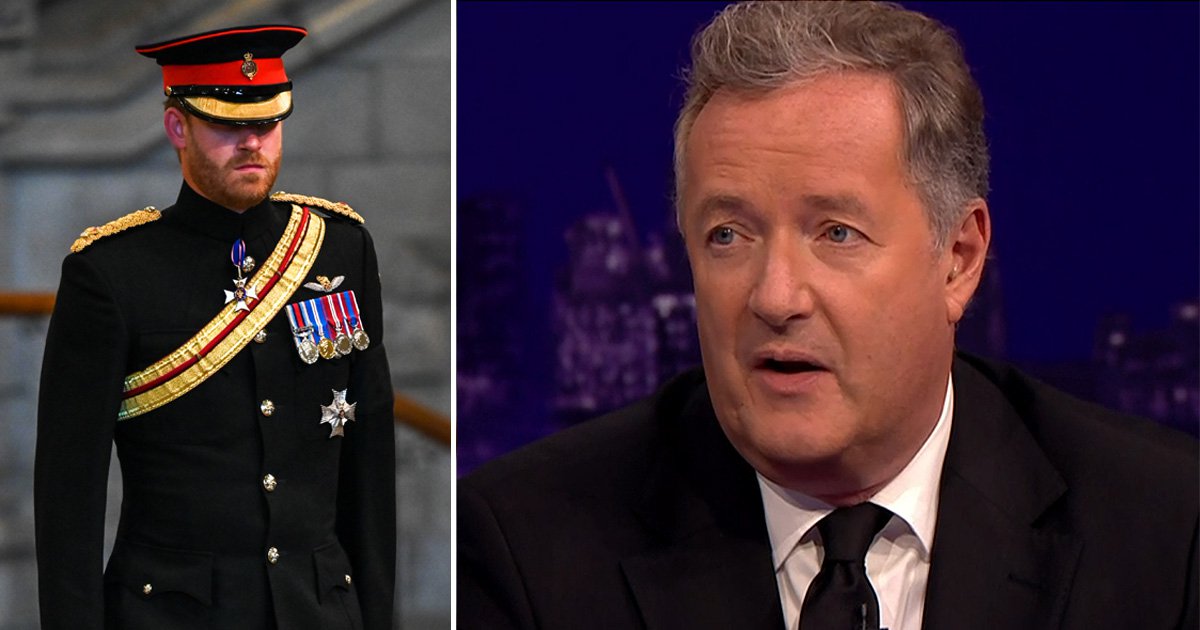 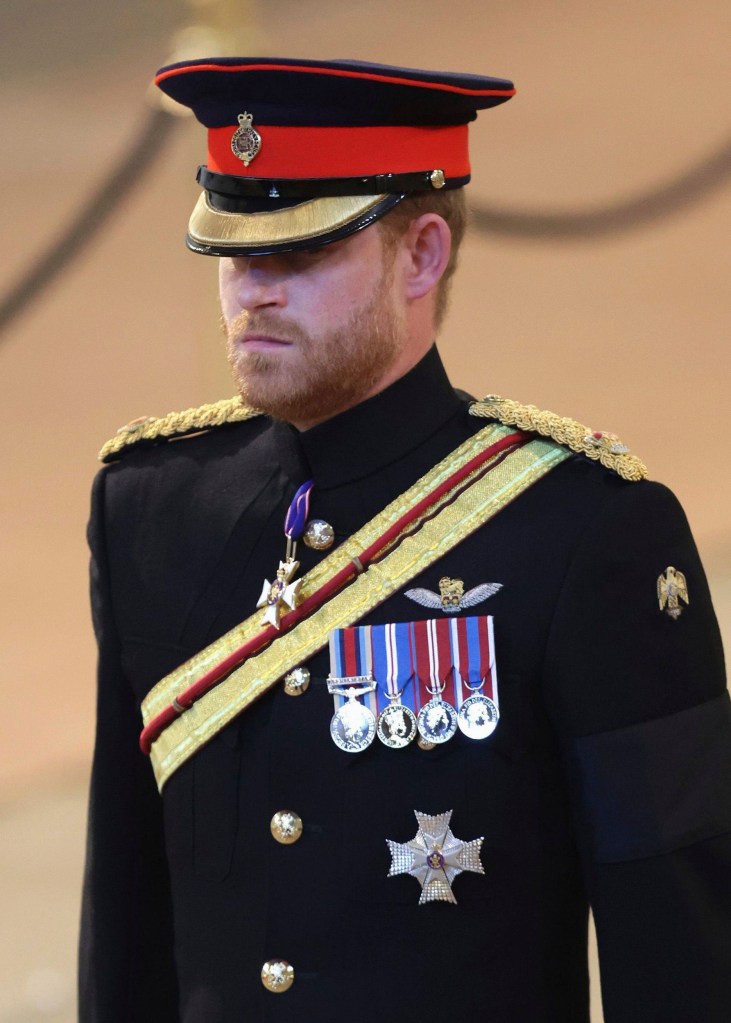 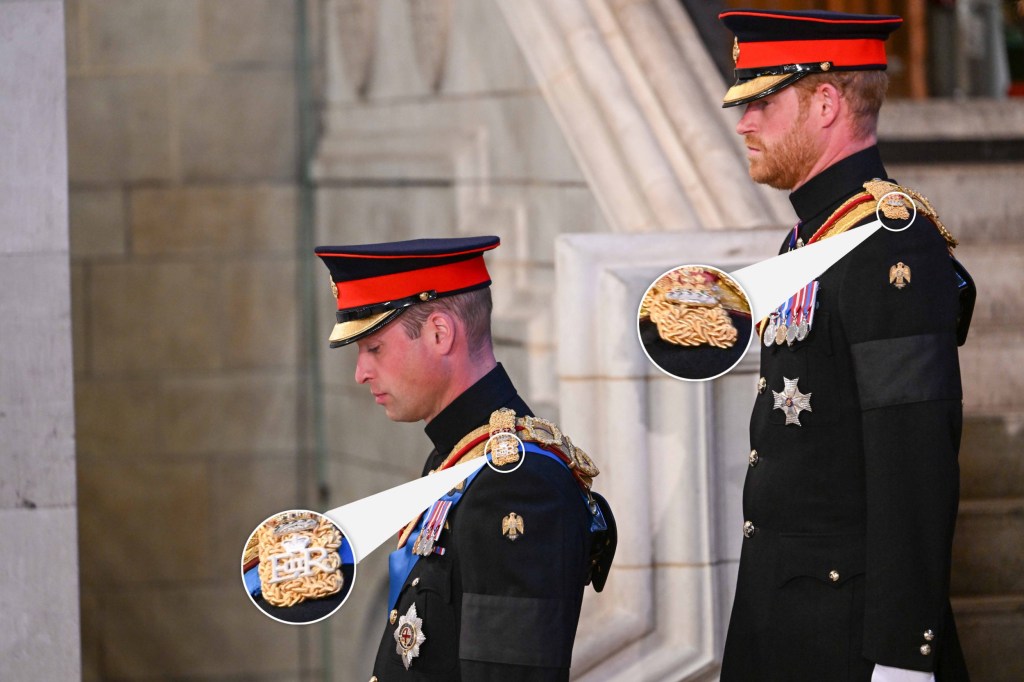 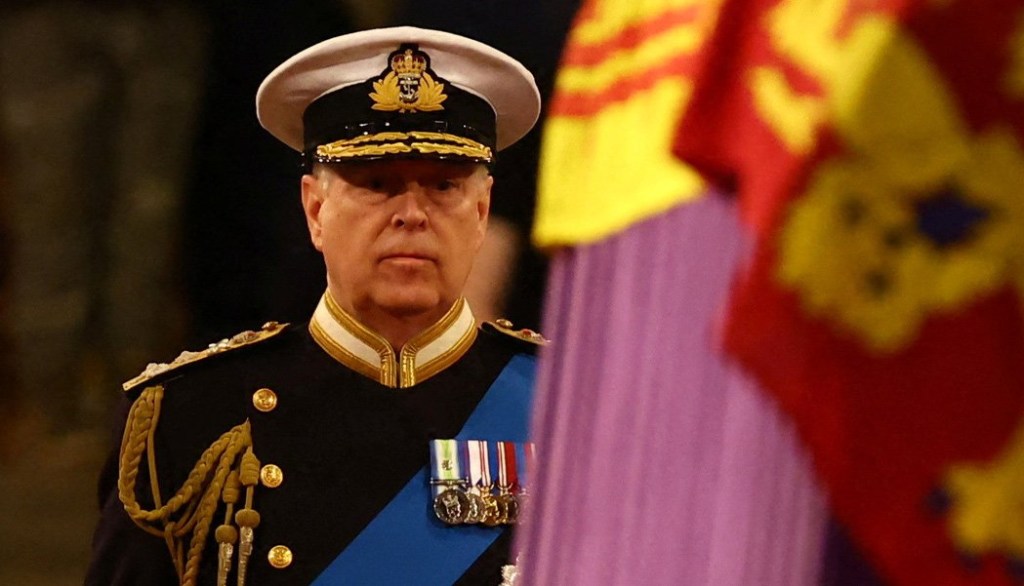 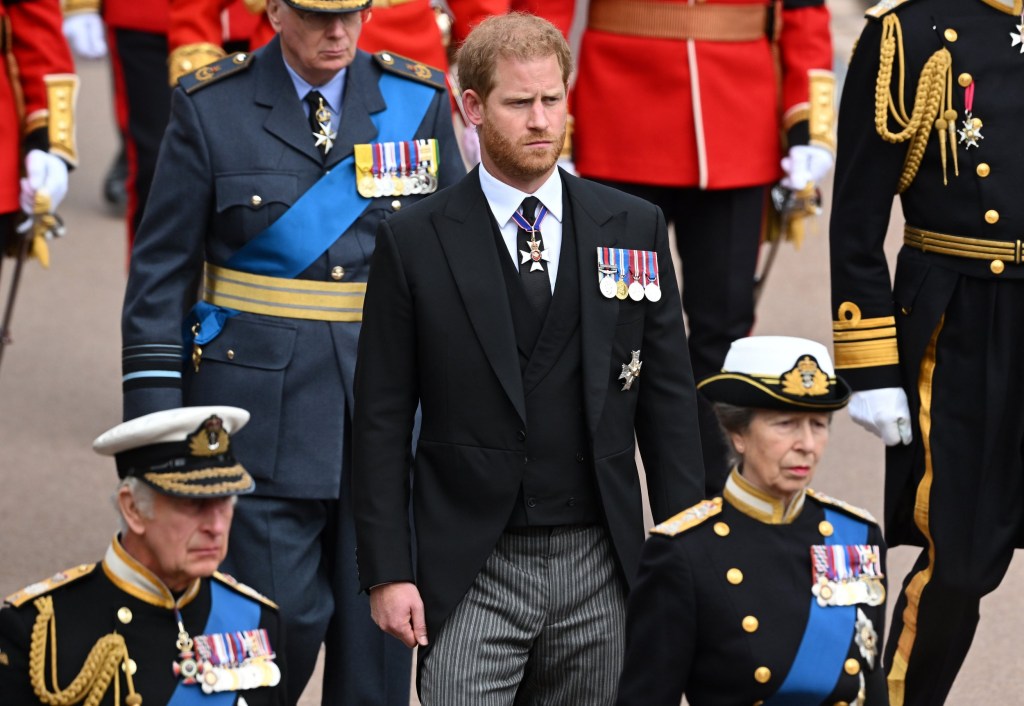 Piers Morgan has branded the decision to remove the ER insignia from Prince Harry’s military uniform for the vigil at Westminster Hall ‘churlish’.

The Duke of Sussex, who wore a morning suit and his medals to the Queen’s state funeral on Monday, therefore not joining his family in saluting the Queen’s coffin, stopped working as a senior working royal in 2020.

Despite serving in the Army for ten years and being deployed to Afghanistan twice, Prince Harry lost the right to wear his ceremonial uniform when he formally stepped back from the Royal Family and settled in California with his young family.

Speaking on Uncensored on Monday, broadcaster Piers commented: ‘I thought that was churlish, if you’re going to let Prince Andrew have ER on his shoulder, then why wouldn’t you let Harry have it on his?’

Prince Andrew also lost the right to wear his uniform but was reportedly granted permission to do so as a ‘special mark of respect’ for his late mother, after stepping back as a senior royal, following accusations of sexual assault.

The Duke of York, who has always denied the allegations, reached an out-of-court settlement with accuser Virginia Giuffre to avoid going to trial.

The former Good Morning Britain anchor added: ‘It seemed a bit churlish – I mean, I’ve got no truck for Harry’s behaviour in recent years, but this was his grandmother, he did serve his country with great valour – two tours of Afghanistan – and we’ve already had the row about the uniform to start with, where Andrew was given dispensation to wear his, and then eventually Harry was allowed to wear his.’

‘But then to remove the ER and have it sent to him without the initials of his own grandmother, I just thought don’t be churlish – and actually, don’t fuel his own innate sense of victimhood,’ Piers concluded, with a little dig towards Harry.

There had been news reports that Prince Harry was ‘heartbroken’ to not have the initials of ER (Elizabeth Regina) on his epaulettes, despite Prince William and Prince Andrew wearing it.

The Sunday Times reported that the King had decided he could wear the uniform for the occasion – but when it arrived at Buckingham Palace, he saw the Queen’s initials had been stripped from the shoulder.

A friend told the paper he was devastated to see this, to the extent he considered wearing a morning suit to avoid the ‘humiliation’.

However, the Duke had been seen wearing a uniform without these initials before he even stepped back as a senior royal, so the apparent snub may not be what it seems.

What does the ER insignia stand for?

The ER, or EIIR, initials were the Royal Cypher of Queen Elizabeth II.

The ER stands for Elizabeth Regina.

Elizabeth, of course, was her first name – and Regina simply means ‘Queen’ in Latin.

Because she was the second Queen Elizabeth, her cypher included the Roman numerals to indicate this – II.

A Royal Cypher is unique to each reigning monarch. It consists of the monarch’s name and title, which are sometimes interwoven together and often topped by a crown.

At his own wedding to Meghan Markle in 2018, he did not wear the insignia while his brother did, which was unremarked on at the time.

After he wore a morning suit as well as his medals when the Queen’s coffin was conveyed from Windsor Castle to Buckingham Palace this morning, his spokesperson issued a terse statement.

It said: ‘His decade of military service is not determined by the uniform he wears and we respectfully ask that focus remain on the life and legacy of Her Majesty Queen Elizabeth II.’

While serving in the Army, Prince Harry rose to the rank of Captain and was known as Captain Wales.

Since leaving, he has kept up strong military ties and set up the Invictus Games, which aims to use the power of sport to inspire recovery, support rehabilitation and generate a wider understanding and respect for wounded, injured and sick Servicemen and women.

MORE : ‘She made history, she was history’: Kirsty Young visibly emotional as she signs off BBC’s coverage of Queen’s funeral

Where is SAS: Who Dares Wins filmed?