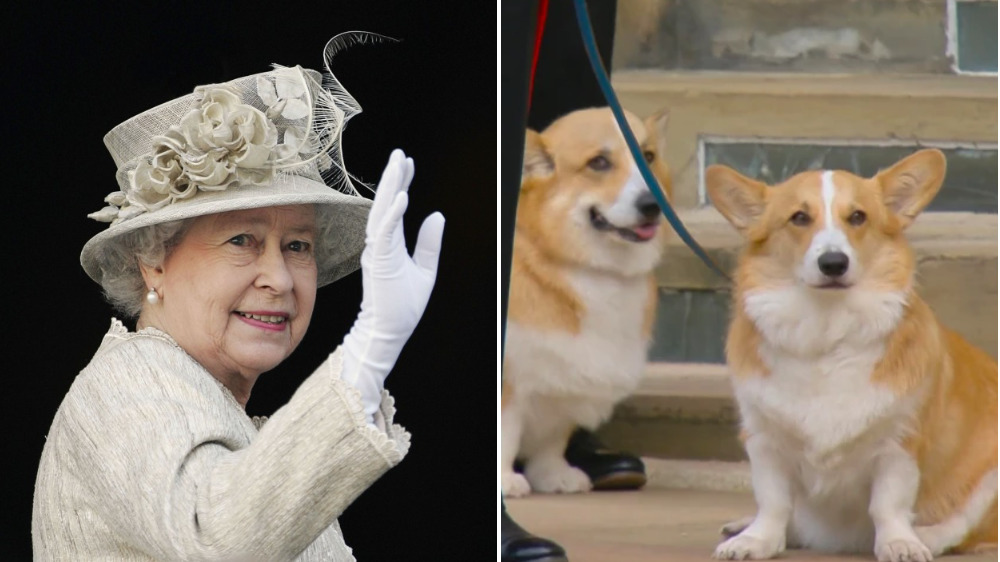 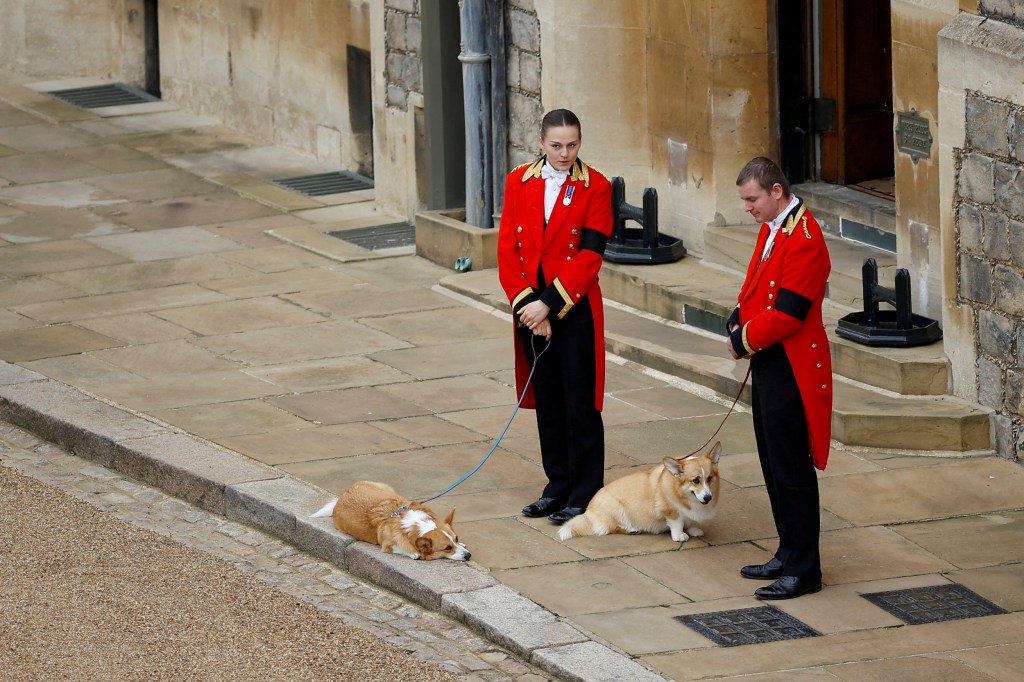 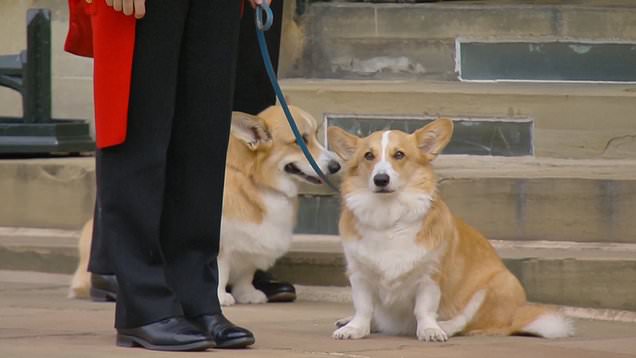 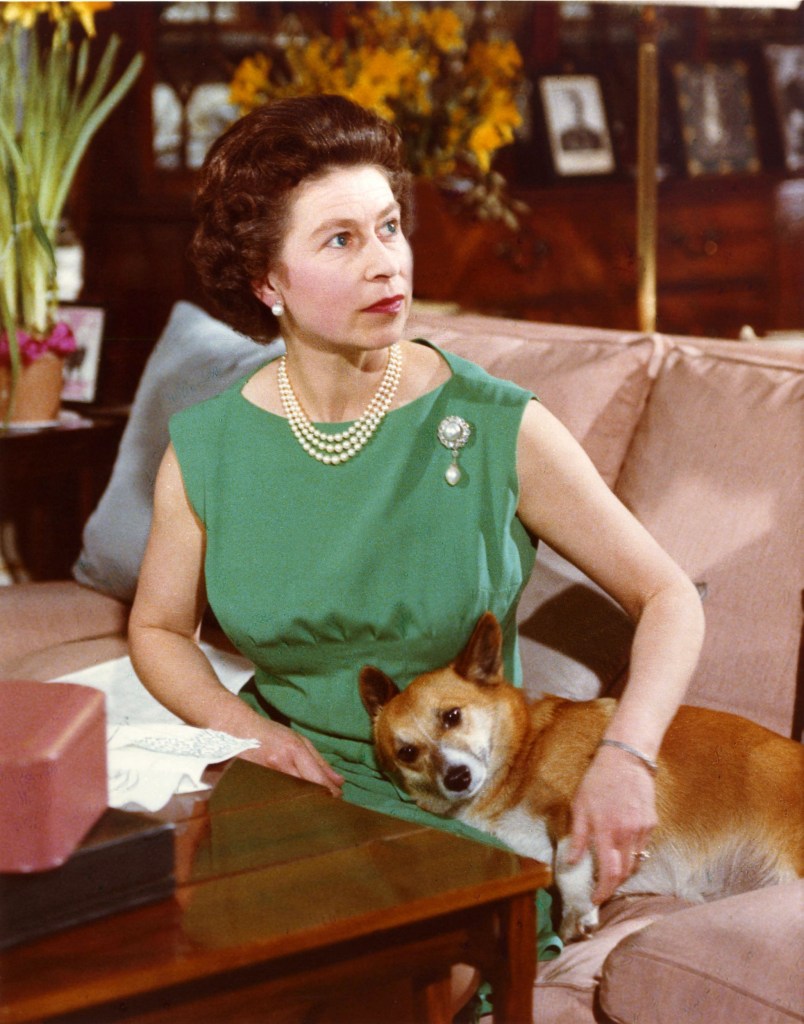 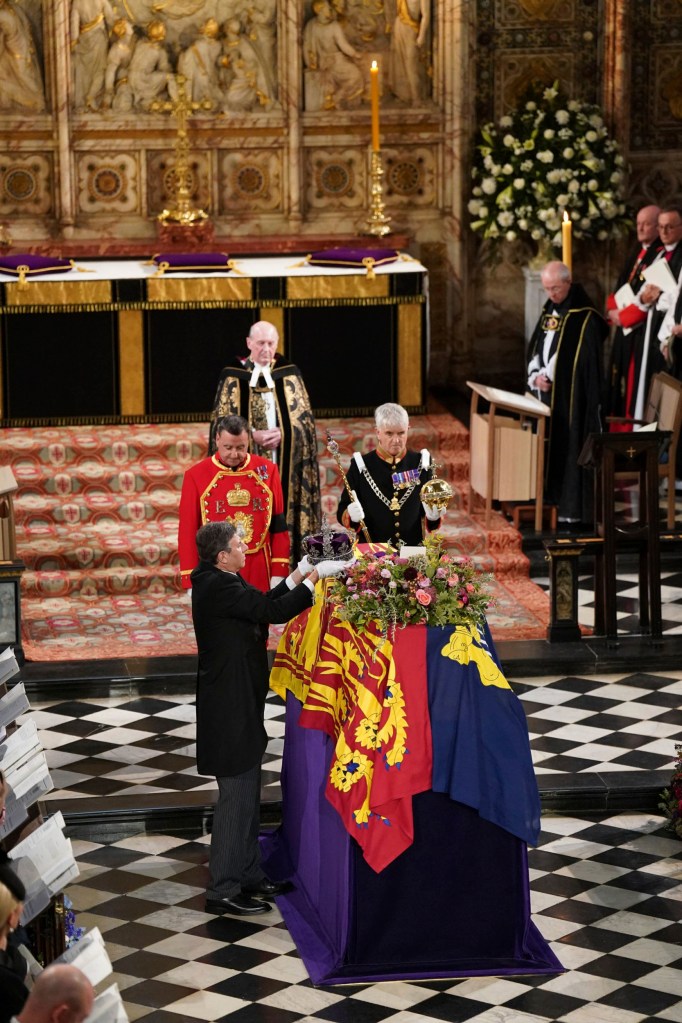 The moment Queen Elizabeth II’s beloved corgis watch her coffin being carried to St George’s Chapel at Windsor Castle has had viewers in pieces.

Her Majesty died peacefully surrounded by the royal family on September 8, with her funeral taking place on Monday September 19.

It’s expected more than 4 billion people across the world have tuned in to pay their respects, but the moment her cherished dogs, Muick and Sandy, and pony, Emma, watched the royal hearse go by, proved too much for mourners, including stars such Reverend Richard Cole and Lorraine Kelly.

His cries were echoed by many more, with another viewer adding: ‘The Queen’s passing summed up by one simple gesture. How the pups like us will miss their Queen. I’m crying all over again.’

‘They mourn their owner and miss them just like us. That is heartbreaking,’ wrote a third.

Her Majesty had 30 corgis and dorgis  – a famous corgi dachshund mix – during her 70 year reign.

The BBC has been hailed for its ‘outstanding’ coverage during the queen’s funeral, with particular praise being thrown at Huw Edwards, who has been a constant and comforting presence for viewers since the queen died.

Dan Walker was among those congratulating Edwards on Twitter, posting: ‘When every word matters… When every mistake is magnified and scrutinised… When permanently finding the right tone is almost impossible to navigate… This fella has played a blinder. Well played Huw Edwards. Exceptional stuff.’

Others said they hoped he has a holiday booked in after appearing to be hosting BBC News non-stop without a break for over a week.

Thousands of mourners lined the streets of London to pay their respects to her Majesty, throwing flowers at the royal hearse as it drove past.

The queen was lowered into St George’s Chapel beside her husband Prince Philip, her mother, father and sister Princess Margaret before the royal family will gather for a private burial ceremony which won’t be shown to the public.

How it took one Land Rover, four months and 20,000 miles for me to prove David Attenborough wrong