LOVE Island star Mary Bedford has broken her silence following a horror car crash that left her covered in ‘bruises and cuts.’

The 23-year-old influencer said she is ‘lucky’ to have made it home after the terrifying car crash.

Mary broke her silence and thanked fans for their support[/caption]

She has since returned to social media to update her worried fans, and share her thanks for their messages of concern.

The blonde beauty posted a photo of her television at her home, and penned: “Thank you everyone for all of your lovely messages since yesterday, I appreciate them,” followed by heart emojis.

She continued: “Mumsy has come to Manchester and is looking after me.”

The crash has completely written off her Range Rover Velar. 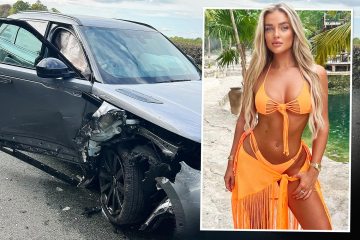 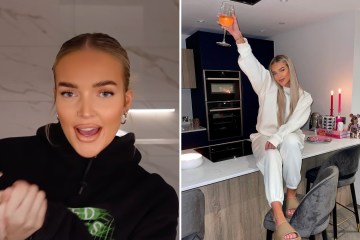 Sharing an image of the crash site, a scared Mary wrote: “Someone must have been looking down on me today… very shaken up, cut and bruised but so grateful to be back home tonight.”

The pictures show the driver’s side has been completely crushed.

Last year Love Island star Mary revealed she had splashed out on her ‘dream car’, telling fans she couldn’t believe she owned the vehicle, which would have set her back around £50,000.

I was suicidal & quit fame to live on farm after Bake Off, says John Whaite

Mary rose to fame on Love Island last year  – she originally entered through Casa Amor, when she was bought back to the main villa by Toby Aromolaran.

After he reunited with Chloe, Mary moved onto Sam Jackson, and then coupled up with Aaron Simpson.

They quickly split after she was dumped from the villa.

Mary splashed out on her ‘dream car’ last year[/caption]

Who is The Stranger in The Rings of Power? Theories about Gandalf explained

Adele Roberts undergoes colonoscopy hours after reporting on Queen’s funeral: ‘What a difference a day makes’

Who is comedian Wayne Brady?