KATE Winslet has ended up in hospital after being injured on the set of her new movie.

The British actress, 46, is understood to have hurt her leg while working in Kupari – a village in Croatia.

Kate Winslet pictured at Wimbledon in June this year[/caption]

She was taken to Dubrovnik Hospital 15 minutes away, arriving in a black van flanked by several people.

The Sun has reached out to Kate’s reps.

The Mare of Easttown star is acting alongside Jude Law to portray the life of wartime photographer of Vogue magazine, Lee Miller. 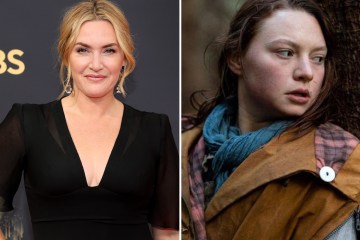 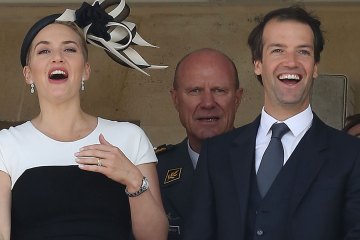 Oscar-winner Kate is best known for her performance in 1997’s Titanic with Leonard DiCaprio.

She was pictured at Wimbledon in June of this year where she turned out to watch Nick Kyrgios and Novak Djokovic in the final.

Despite her award-winning film Titanic celebrating its 25th anniversary this year, Kate looked timeless as she posed in a blue and white dress inside Evian’s VIP lounge.

Leo DiCaprio with his former co-star[/caption]

Robbie Williams 'had relationships with Kylie Minogue and Nicole Kidman'