JENNY Powell has slammed her iconic Wheel of Fortune job saying she “hated it” in a brutally honest podcast.

The TV presenter has opened up about her days on Wheel of fortune – the legendary game show that propelled her to fame back in 1995.

The presenter, who is now 53, first appeared on the show back in 1995 and was known as the “glamorous assistant”.

Jenny says she hated the job, as it was “just a bit of eye candy there to turn numbers on a board”.

The TV star said: “You’re just turning letters round and not saying anything.”

She shared: “I ended up doing The Wheel of Fortune, which I hated it. It was the biggest thing, but I hated it. Because I was just a girl turning bl***y letters around.” 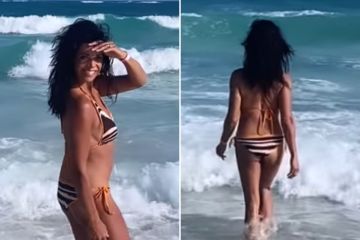 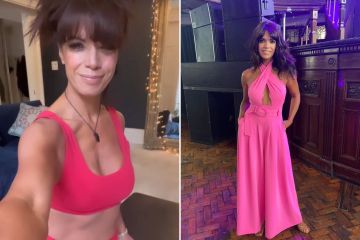 Jenny confessed how much she hated her job on Wheel of Fortune, saying she only did it “to pay the bills” and to get out of children’s TV.”

“If someone said to you, right Jenny you are going to wear a really short skirt and we are all going to discuss the length of it for like four meetings, wear high heel shoes and turn some letters around and just look pretty and don’t say anything.”

She continued: “Would you, do it? I know what I would tell my daughter today. I wasn’t actually allowed to speak.”

Jenny had the role of the “glamorous assistant” but fought hard to be taken seriously, proving that she was way more than just “t*ts and teeth”.

The TV icon Jenny Powell opened up about how hard it was, as a woman, to carve out a career in TV.

Contestants had to spin a wheel to win points and solve puzzles by uncovering letters on a board.