I’M A Celebrity star Nicola McLean has opened up on her stint in the jungle saying she needed extra energy after being “starved”.

The former glamour model, 41, who took part in the 2008 series, said ITV producers were forced to weigh campmates after who were given medical examinations immediately after leaving the jungle.

Nicola said: “After a week of no food you don’t want to walk, your legs are that tired, the hammock was a mission.

“They had to give us electrolytes because we were all flagging so badly.

“As soon as you leave you go and do Ant and Dec’s interview and then you go to Medic Bob to be weighed and then straight for food because you are starving.”

The celebs are fed just a diet of just 700 calories a day.

READ MORE ON I'M A CELEB 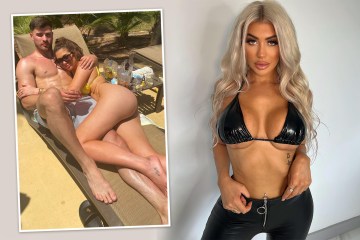 Nicola admitted to Daily Star: “A lot of people lose weight in there, especially people who have got weight to lose, they would lose it really quickly.”

Previously, Nicola opened up on the racy trick she used to smuggle contraband into the jungle.

Despite telly bosses only allowing one luxury item per person in the camp, Nicola found another sneaky way.

The former glamour model would use her bra to sneak in the contraband.

She explained: “You were allowed one [luxury item]. I took my waterproof mascara but I also hid concealer and an eyebrow pencil in my bra.”

Nicola cheekily added: “Because let’s be honest, they’re weren’t gonna be able to find anything in there – I could probably take my whole makeup bag.”

On the show, no two people are allowed to ask for the same thing, which means they’ll be battling to lay claim to the most popular items.

They are allowed to win one item of their choosing during tasks.

Meanwhile, items that would stop the stars from socialising in camp are banned.

Was Freddie Mercury married and did he have children?