PHILLIP Schofield has carved out quite a career for himself and is a regular face on our screens.

He started on children’s TV and now presents This Morning, but who is he and what is his net worth?

How much is Phillip Schofield’s net worth?

Phillip Schofield has an impressive net worth thanks to his TV career.

He is able to earn money through his multiple TV appearances and regular slot on ITV’s This Morning.

It is estimated that Phillip has an estimated net worth of $12million, according to Celebrity Net Worth.

He reportedly earns £600,000 a year for presenting This Morning, the same as his co-host Holly Willoughby. 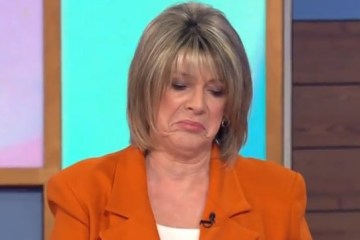 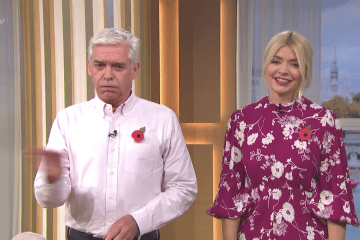 This Morning in chaos as studio fills with smoke

Phillip is also able to earn money through appearing in TV adverts and his wine brand.

What TV shows has Phillip Schofield been on?

Phillip’s career first took off when he became the first in-vision continuity presenter for Children’s BBC on weekdays for two years from September 1985 in the Broom Cupboard.

He left to present Going Live! on Saturday mornings before being the host of the Smash Hits Poll Winners Party.

Elizabeth Hurley looks sensational at 57 in a tiny green bikini

In the early 1990s, Schofield moved to adult-orientated television with various programmes for ITV, such as Schofield’s Quest, Schofield’s TV Gold and Ten Ball.

Since 2002 Phillip has been a presenter on the ITV daytime show This Morning.

He has also presented Dancing On Ice since 2016.

Game show The Cube was launched in 2009 and Phillip has been the host since the beginning.

December 2014 saw him undertake a live 24-hour TV marathon to raise money for Text Santa, where, as well as appearing on This Morning, he appeared on various other programmes throughout the day, including being a guest panellist on Loose Women.

Since March 2017, he has presented 5 Gold Rings, which was a new game show format for ITV.

The same year, Schofield presented three-part factual series How To Spend It Well at Christmas with Phillip Schofield where he tested the latest must-have festive gifts.

Ryan Reynolds’ Wife: All About His Marriage To Blake Lively & Past Relationships

Ryan Reynolds’ Wife: All About His Marriage To Blake Lively & Past Relationships