HOLLY Willoughby has become a household name and regularly graces our screens.

She is best known for her TV work and seems to keep her personal life private, but how many children does she have?

How many children does Holly Willoughby have?

Holly Willoughby has three children – two sons and a daughter.

She then had her second child, a daughter named Belle on on 14 April 2011.

Then gave along her youngest child, Chester on 29 September 2014. 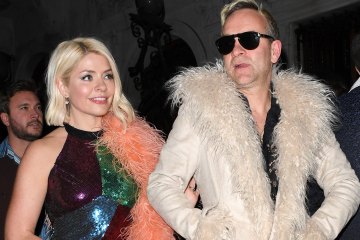 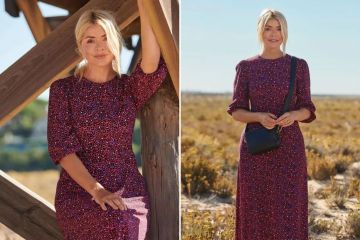 Holly has talked in the past about how being a mum is her “favourite” job.

She previously told HELLO!: “All I ever wanted to do was to be a mum. It wasn’t like when I was at school I thought, ‘Oh, I’m going to be this big career girl’. Being a mummy is definitely my most favourite job of all, without a shadow of a doubt.”

Who is Holly’s husband Dan Baldwin and how did they meet?

Holly is married to Dan Baldwin who is best known for being a TV producer who has worked on shows including Celebrity Juice and Virtually Famous.

He was working in a similar role when he first fell for Holly back in 2004.

Dan went on to launch his own independent media company in 2014, Hungry Bear.

As well as this, he works as a development executive for Talkback Thames.

The couple first came face to face back in 2004 when they were working together on kids show Ministry of Mayhem, and the TV host admits their relationship is full of laughter.

Holly got her big break in TV when she landed a role fronting the show with Stephen Mulhern.

Dan was one of the producers on the series, and they went on to tie the knot in 2007.

To celebrate their ten year anniversary, the couple jetted off on a romantic holiday together.

Holly often mentioned her other half when she is presenting ITV’s This Morning.

BBC EastEnders star Linda Henry’s life from forgotten role in The Bill, second role in EastEnders and home life with husband and daughter

BBC EastEnders star Linda Henry’s life from forgotten role in The Bill, second role in EastEnders and home life with husband and daughter