THREE of Hollywood’s leading men are set to be reunited for the next Ocean’s film – 15 years after the last instalment.

George Clooney, 61, Brad Pitt, 58 and Matt Damon, 51, will be back in action for Ocean’s Fourteen after they vowed that the 2007 American heist movie, Ocean’s Thirteen, would be their last.

“Rumours of a film starring George, Brad and Matt have swirled for years but the timing was off and their jam-packed schedules meant that it was just not possible,” a source said.

“Finally the right team for the job has come together in a bid to make it a huge success and the main stars thought it would be good fun to revisit.

“The franchise is hugely popular and the brilliant storyline was an opportunity that was too good to miss.”

George, who stars as Danny Ocean, Brad, best known as Rusty Ryan, and Matt, who plays Linus Caudwell, worked alongside each other in the trilogy of Ocean’s Eleven, Twelve and Thirteen. 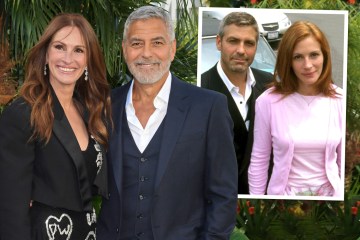 NICE TO SEA YOU 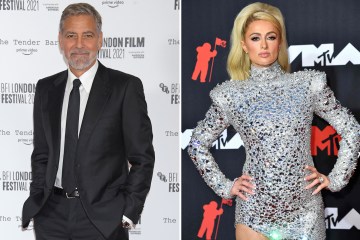 However the sudden death of cast member Bernie Mac who passed away aged 50 in August 2008 from pneumonia complications put the possibility of a sequel on pause.

Don Cheadle, 57, also known as explosives expert Basher Tarr, said: “We were talking about it, and then Bernie passed, and very quickly we were like, ‘No, we don’t want to do it.’”

Clooney led tributes to his late co-star, who played Frank Catton in the Ocean’s franchise, and said at the time: “The world just got a little less funny. He will be dearly missed.”

Meanwhile Damon hinted last year that he would be up for a sequel but revealed that it was in the hands of franchise director Steven Soderbergh.

Jacqueline Jossa rakes in £1.3m after being forced to sell her house

Cara Delevingne's transformation over the years as fears grow over behaviour

Speaking on Good Morning America, he said: “It would always be up to Steven Soderbergh if there was a story.”

“We have lost a couple of our members, so we would have to figure it out, we are a depleted gang now,” he added.

Don Cheadle, pictured far right, said: ‘We were talking about it, and then Bernie passed, and very quickly we were like, ‘No, we don’t want to do it’[/caption]

James Corden despairs over lack of opportunities for working class people: ‘You’re capped in a way’