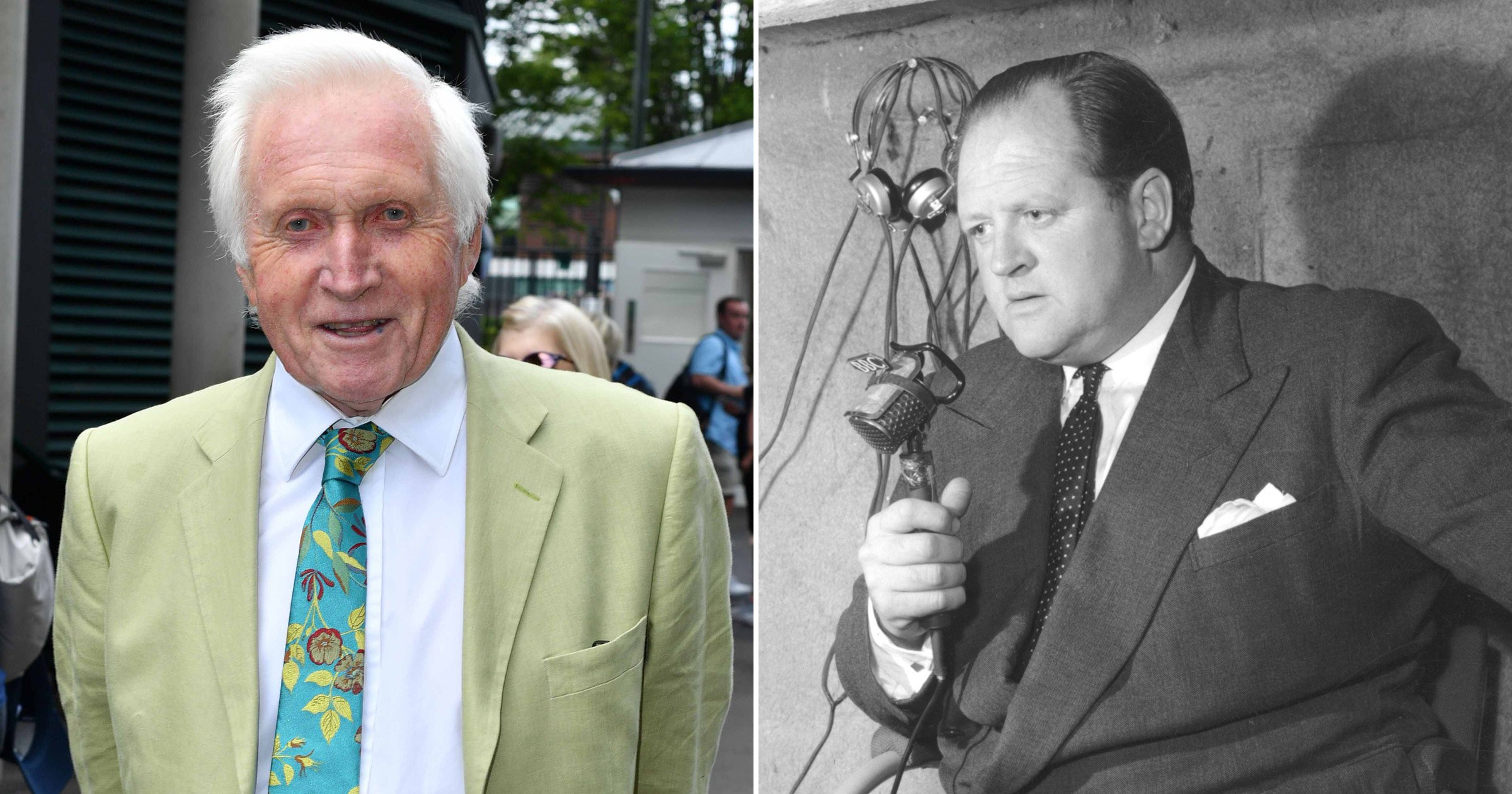 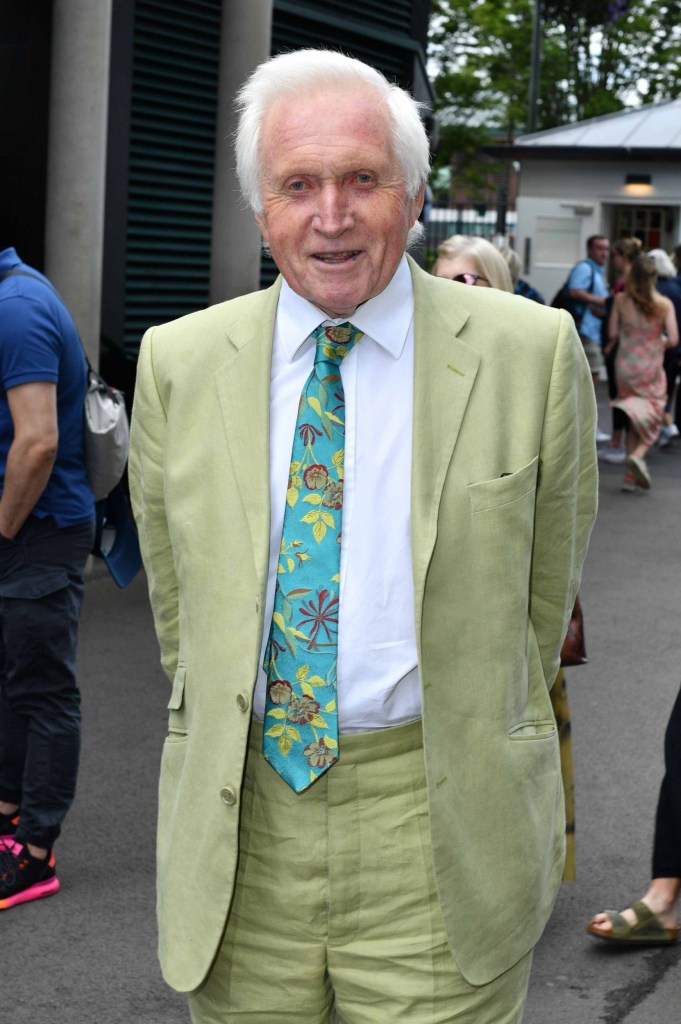 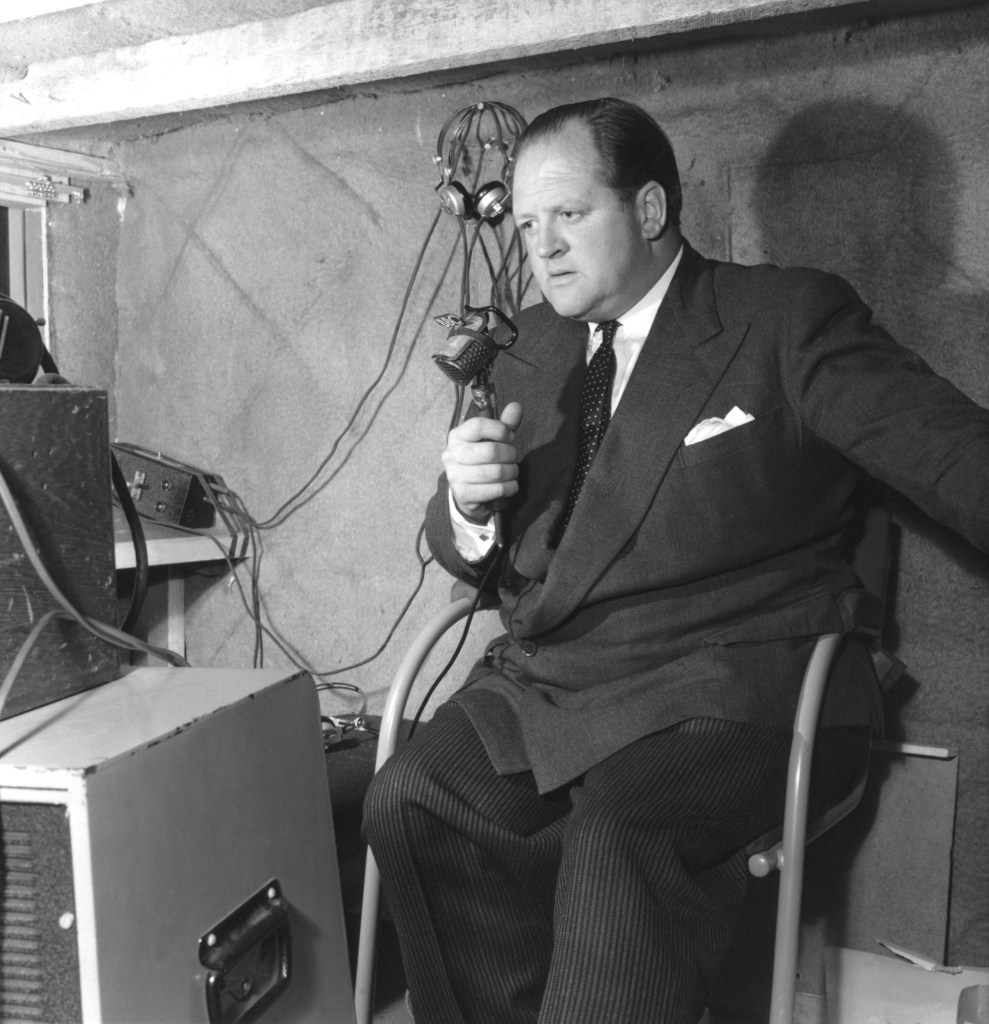 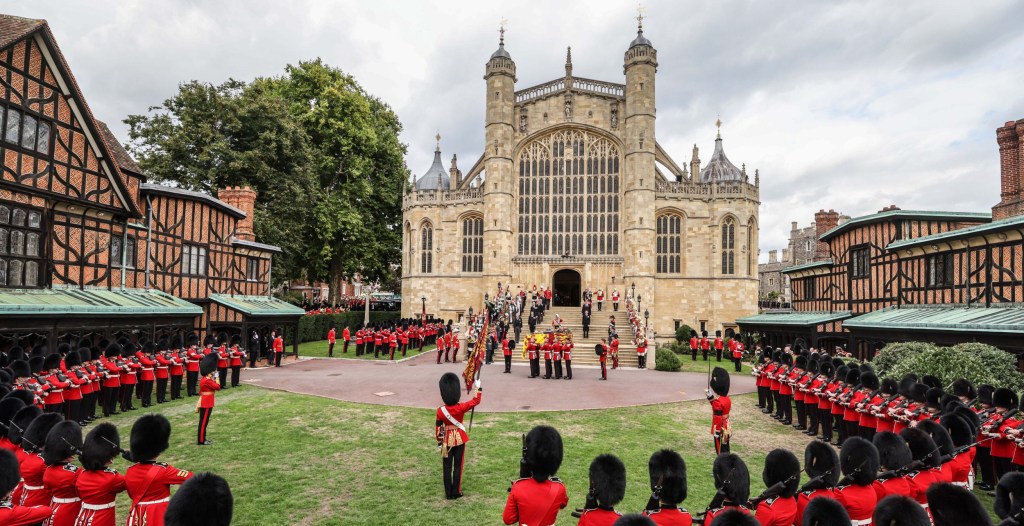 David Dimbleby has followed in the footsteps of his father as he fronted the BBC’s coverage of the Queen’s committal at Windsor Castle.

The veteran broadcaster, 83, provided commentary for the service at St George’s Chapel inside the royal residence after being handed the baton by Huw Edwards.

His father, Richard Dimbleby, was one of the BBC’s main news commentators during the 1950s and 1960s and led major events including the Queen’s coronation in 1953, as well as the funerals of George VI, Winston Churchill and US President John F Kennedy.

The broadcaster, who died in December 1965 aged 52 from testicular cancer, was known for his clear delivery and precise descriptions.

One oft-quoted example of this was when he said the drums at US President Kennedy’s funeral ‘beat as the pulse of a man’s heart’.

His son David was the host of Question Time until 2018 and has since then produced documentaries for the broadcaster, appearing on screen most recently last month for the series Days That Shook The BBC.

On Monday, David was stationed at Windsor and took over from Edwards after the Welsh BBC mainstay concluded his coverage of the funeral service at Westminster Abbey and subsequent procession.

BBC Radio 2 presenter Bob Harris tweeted: ‘So appropriate that David Dimbleby is describing the procession to Windsor Castle. I still remember his father Richard Dimbleby’s calm and peerless description of the Coronation of Queen Elizabeth II in 1953.’

A viewer added: ‘Great to hear the voice of David Dimbleby again; like the Queen, a voice and presence of stability and comfort – his Father was the commentator for Queen Elizabeth’s coronation. I hope he’s invited to do Charles.’

And another person wrote: ‘An excellent choice from the Beeb to use David Dimbleby on the funeral coverage, standing in the shoes of his Dad, Richard Dimbleby, who did the same job for the Coronation in 1953.’

Edwards has been widely praised for his handling of the broadcaster’s coverage.

He announced the news live on BBC News, wearing a black suit and tie, and has been at the forefront during the period of national mourning.

Dan Walker, lead anchor of 5 News on rival station Channel 5, was among those to voice their admiration for him, tweeting that his work had been ‘exceptional’.

He said: ‘When every word matters… When every mistake is magnified and scrutinised… When permanently finding the right tone is almost impossible to navigate… This fella has played a blinder. Well played Huw Edwards. Exceptional stuff.’

Others called on the BBC to give Huw a well-earned break after his coverage over the past couple of weeks.

One viewer said: ‘@thehuwedwards you’ve done an amazing job since making the announcement of her majesty’s death. I hope the BBC allows you a well deserved holiday!’

Another quipped: ‘Can someone give #huwedwards a pillow and blanket, followed by a long holiday, please?’

MORE : Popcorn, sing-a-longs and selfies: What watching the Queen’s funeral at the cinema was like

Popcorn, sing-a-longs and selfies: What watching the Queen’s funeral at the cinema was like

The Masked Dancer: The eliminated contestants so far

Kanye West compares split from Kim Kardashian to death of the Queen: ‘London, I know how you feel’

Popcorn, sing-a-longs and selfies: What watching the Queen’s funeral at the cinema was like