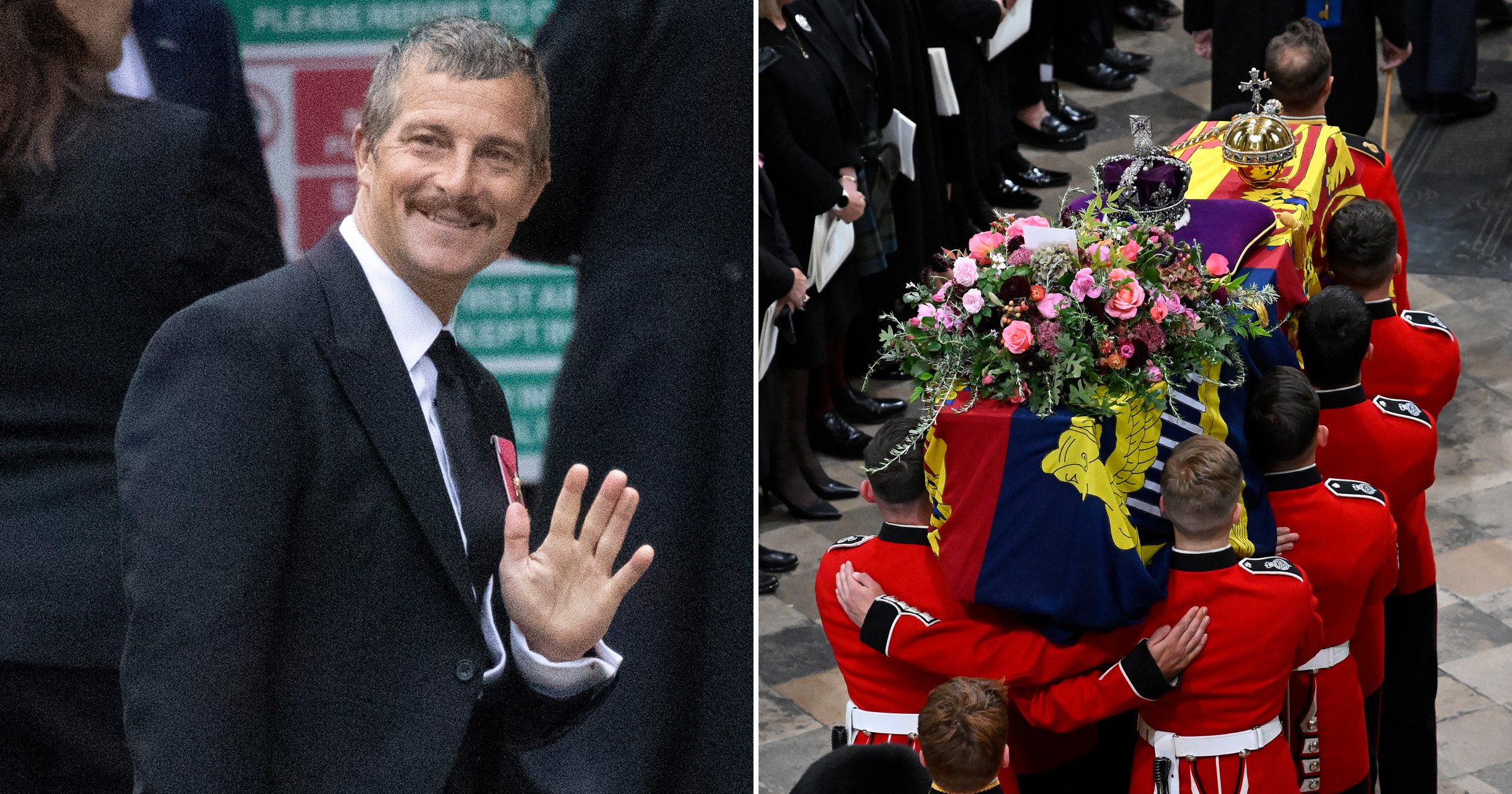 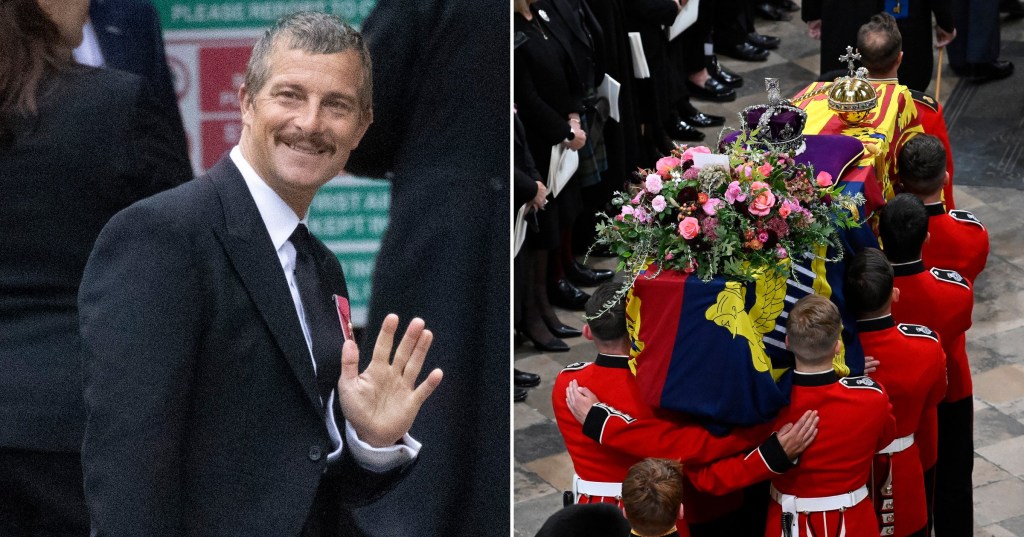 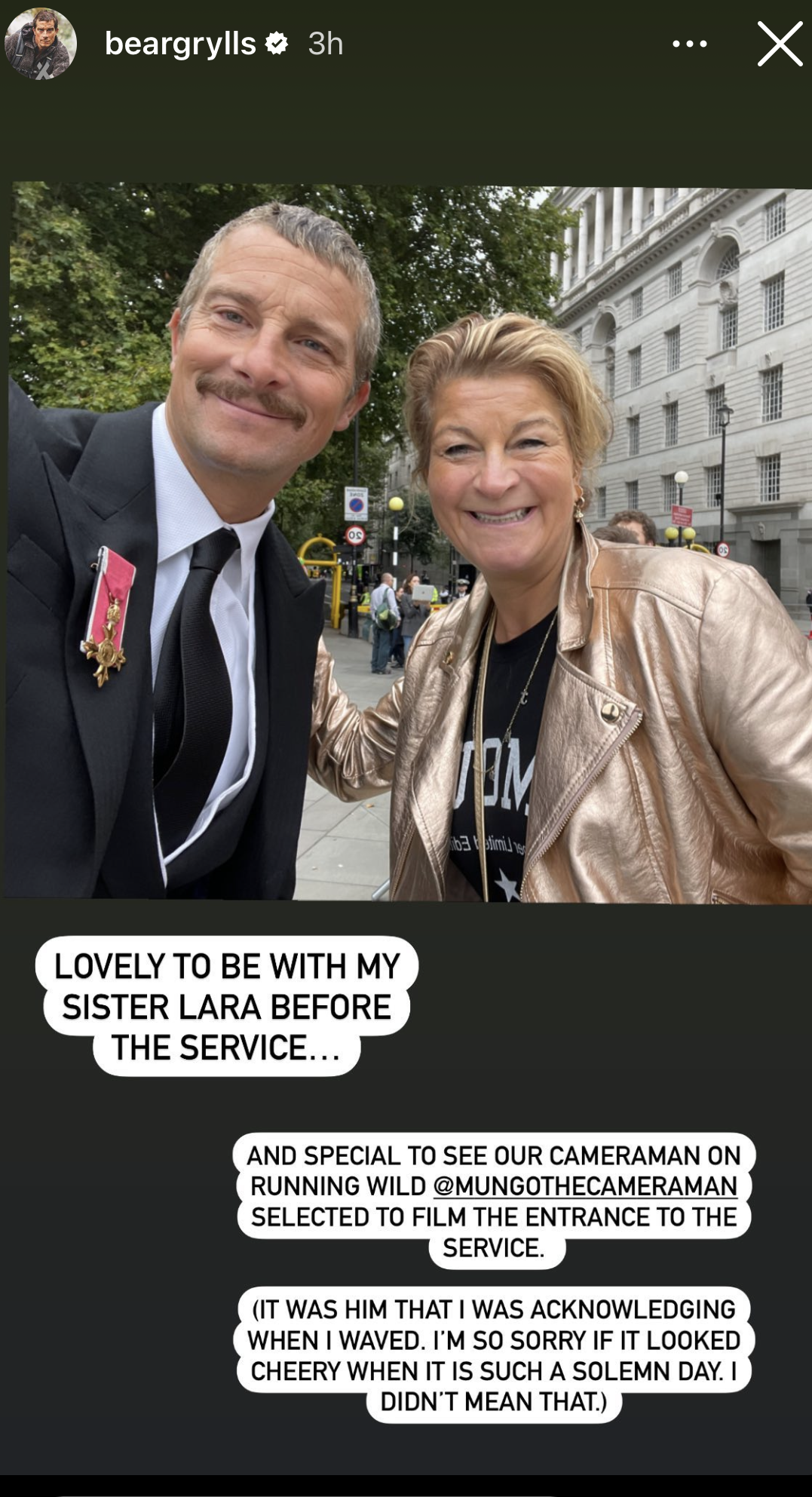 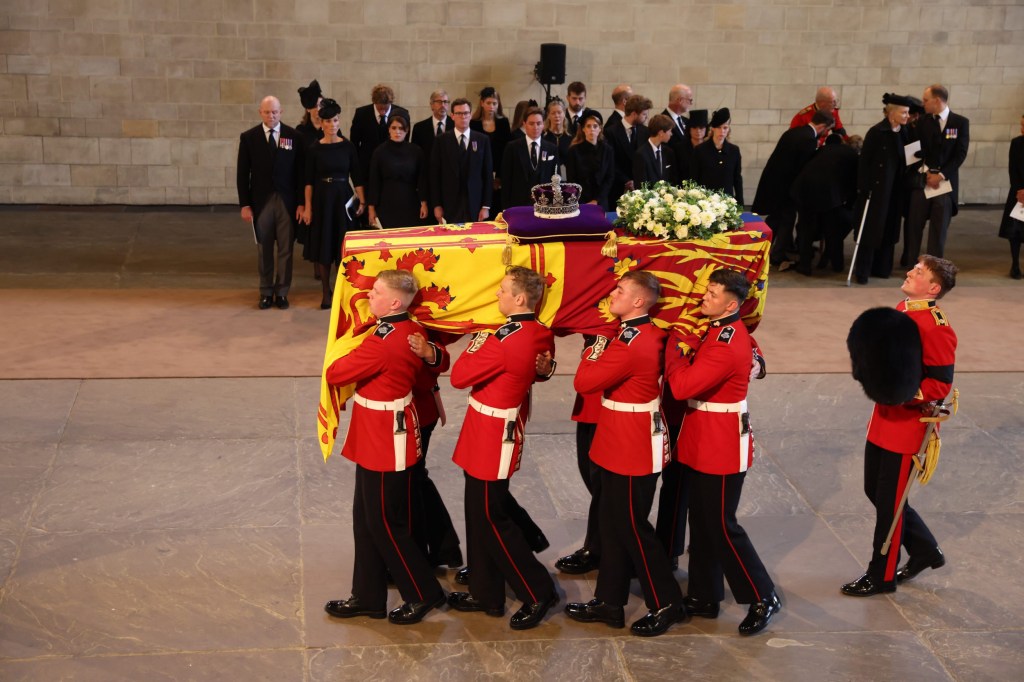 Bear Grylls has spoken out on attending the Queen’s funeral, apologising for appearing ‘cheery’ at one point.

The TV star is Chief Scout and is the public face of the Scouts in the UK. He was invited to the funeral to represent the organisation after being appointed the youngest-ever Chief Scout aged 35 in 2009, and starting his second term in 2015.

Bear was among the first to arrive at the Queen’s state funeral, and explained why he may have looked unexpectedly ‘cheery’ on camera.

He was spotted waving as he arrived at the service, and has since revealed he had spotted a cameraman from his show Running Wild.

‘Special to see our cameraman on Running Wild @Mungothecameraman selected to film the entrance to the service,’ he wrote on Instagram. ‘It was him that I was acknowledging when I waved. I’m so sorry if it looked cheery when it is such a solemn day. I didn’t mean that.’

He also shared some photos from the funeral on his page, and added: ‘It’s a day we will never forget… a truly beautiful testament to our Nation’s Sovereign, Her Majesty Queen Elizabeth. Rest in Peace. Your duty done. Long Live King Charles…’

Before her death, the Queen served as patron for Scouts, and Grylls – who was awarded an OBE in Her Majesty’s 2019 Birthday Honours for services to young people, the media and charity – penned a lengthy and emotional tribute on the organisation’s official website.

Also attending the funeral were celebrities including Sandra Oh, who represented the Order of Canada, Coronation Street’s Antony Cotton, who has had a long association with the armed forces, and actress Sophie Winkleman, who is married to Lord Frederick Windsor, the son of Prince Michael of Kent.

The Queen’s funeral took place on Monday at Westminster Abbey and was broadcast around the world.

MORE : Coronation Street star Antony Cotton pays tribute to The Queen as he reveals he had ‘the greatest honour’ of attending her funeral

Who is Khloe Kardashian dating?

What disease does August Alsina have?

Mel C didn’t warn Robbie Williams before opening up about their romance in new book: ‘Sod him!’

Who is YouTuber Pieface and when was he on Big Brother?